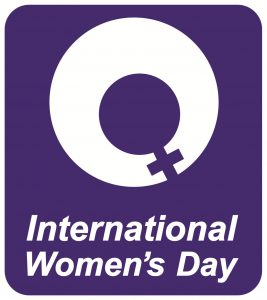 Today it’s International Women’s Day.  It’s been around now for over a hundred years, and held on the same day every year since 1914 – 8 March.  So:

Happy International Women’s Day to all we women out there,
and to all of us who have significant women in our lives 🙂 .

Today in celebration, and as a woman and a coach who empowers women, I thought I’d shine a light on this special day.  Read on for six key facts about its background which you may not know about this important day, this year’s theme and how you can take tangible action in 2018 to support women.

The Background to International Women’s Day

It’s a global day celebrating the social, economic, cultural and political achievements of women.  The day also marks a call to action for accelerating gender parity.

The History – 6 Facts You May Not Be Aware Of

Here are some key background facts to the international Women’s Day I found on Wikipedia:

Each year the International Women’s Day has a theme.  Here’s four key topics they’ve focused on:

The Theme for 2018:  #PressForProgress

The World Economic Forum’s 2017 Global Gender Gap Report findings revealed that gender parity is over 200 years away.  That’s why the theme for 2018 is #PressForProgress – which is focused on encouraging people to press for progress on gender parity.

How You Can Take Tangible Action To Support Women

As part of the 2018 #PressForProgress theme, they are calling for people to support women by committing to take tangible action in at least one key way.

5 Actions You Can Take To Support Women in 2018

Here are five areas the International Women’s Day organisers have nominated as examples for action:

You can advance the empowerment of women by making a commitment to do so, and by taking at least one action step  today.

More from my site
Quote: Blessed is the season …
Quote: A Mind Focused On Doubt …
Quote: When I Stand Before …
Quote: Your Own Words Are The …
Quote: Christmas Waves A Magic …
Share Your Heart And Spread More Chrismtas Goodwill
Quote: The Garden Of The World …
Inspired Life Purpose – Narayanan Krishna Asks The Big Question …